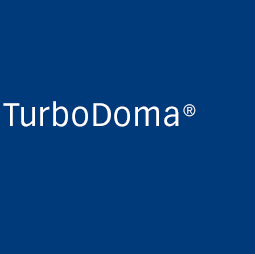 TurboDoma medium, kit for the preparation of 20 liters medium.
The complete kit consists of 5 bottles.

The TurboDoma TP-6 medium, art. TTP6, is a fortified nutrient mixture for the production of monoclonal antibodies and recombinant proteins with hybridomas and myeloma cells. TurboDoma TP-6 is typically used for batch, fed batch, and perfusion culture processes. According to experience accumulated over almost two decades, TurboDoma TP-6 medium often outperforms commercially available competitors’ media in terms of both cell density and productivity when growing hybridomas generated with myeloma fusion partners such as Sp2/0-Ag14, P3UI, and P3X63Ag8.653.

TurboDoma media are available as 1X liquid preparations ready-for-use as well as kits of highly concentrated liquid solutions for the reconstitution of 8, 20, 200, and 2000 liters 1X medium.
The liquid concentrates have to be reconstituted with tissue culture water prior to sterile filtration according to the method of preparation enclosed in the product package. The method of preparation of the TurboDoma media can de downloaded by clicking on the link below.

TurboDoma® is a registered trademark of Dr. F. Messi